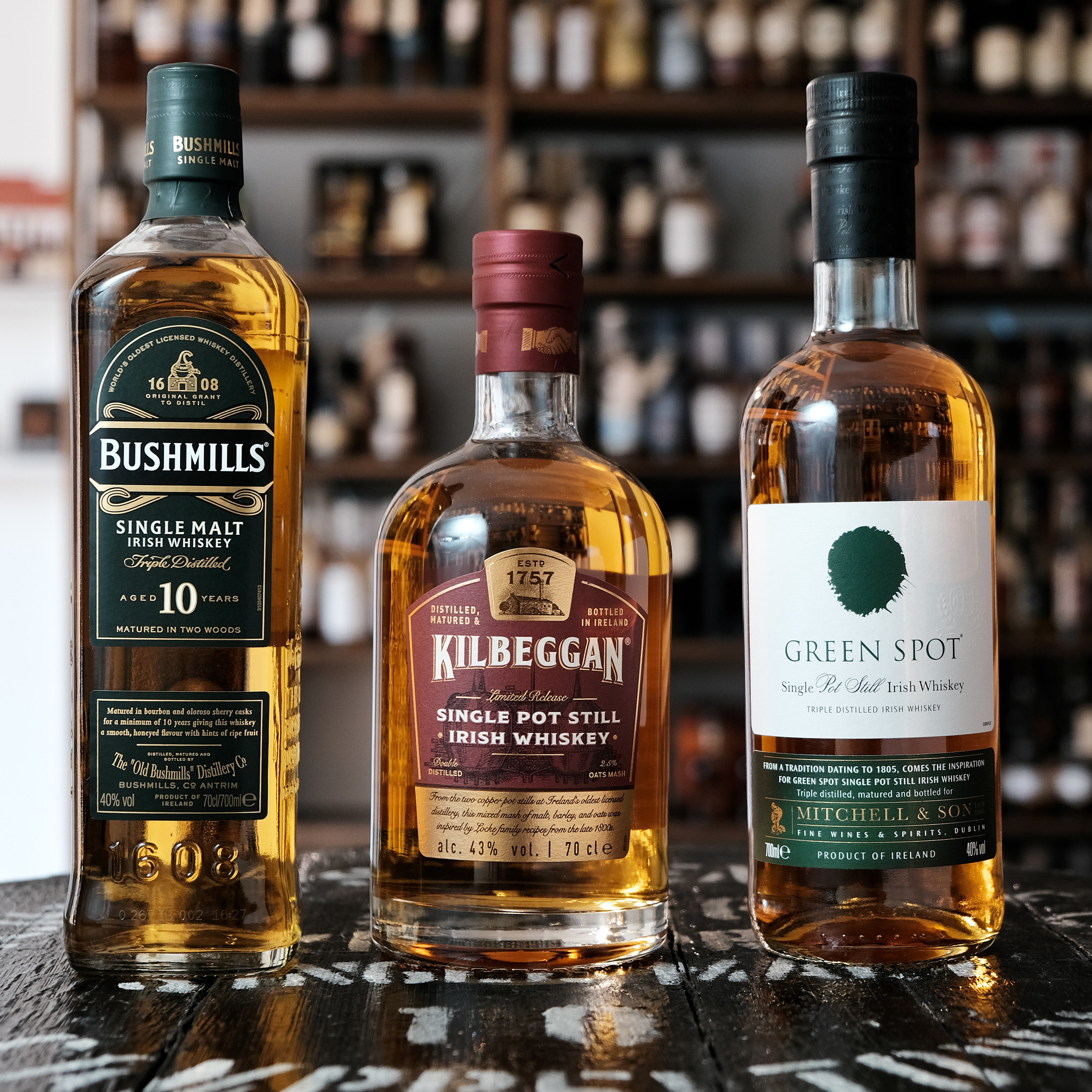 In the week in advance to St. Patrick’s day, we will highlight some of the specialties in Irish Whisk(e)y. Irish Malts (and grains!) have been on the rise for a couple of years now, and we have seen some stunning whiskeys, both IB and OB appearing and disappearing on the shelves in our shop. So let’s raise a glass to the Irish - and celebrate Irish Whiskey this week!
Small disclaimer; we address Irish Whiskey with an ‘e’. In our blog called "Whisky or Whiskey", we explain why.

As we mentioned in our article about new Irish distilleries on March 13th, Irish whiskey distilleries are popping up everywhere. We see this trend in Scotland, England, and even the Netherlands, but particularly the Irish have a pretty remarkable history.

Back in 1609, Sir Thomas Philips, land-owner of Bushmills, Country Antrim, was given a license to distill. It is because of this license that Bushmills claims to be the oldest licensed distillery in Ireland. However, the current distillery wasn’t built until 1784 - that’s why there’s still a lot of debate on this subject.

The Old Bushmills Distillery currently produces all Bushmills brands. Their malt Whiskeys are produced 100% at their own distillery. However, the grains they use in their Blends come from the Midleton distillery - as Bushmills currently doesn’t own a Column still. 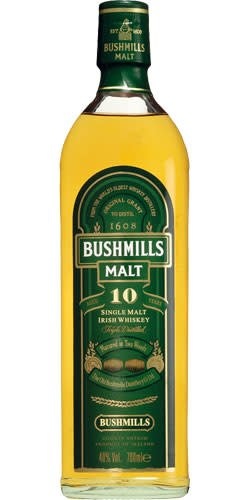 A blend from 80% triple-distilled Single Malt Whiskey from Bushmills and 20% Grain Whiskey from Midleton. Aged in both Sherry and Bourbon casks

A Single Malt Whiskey distilled at Bushmills distillery, aged for a minimum of 10 years. 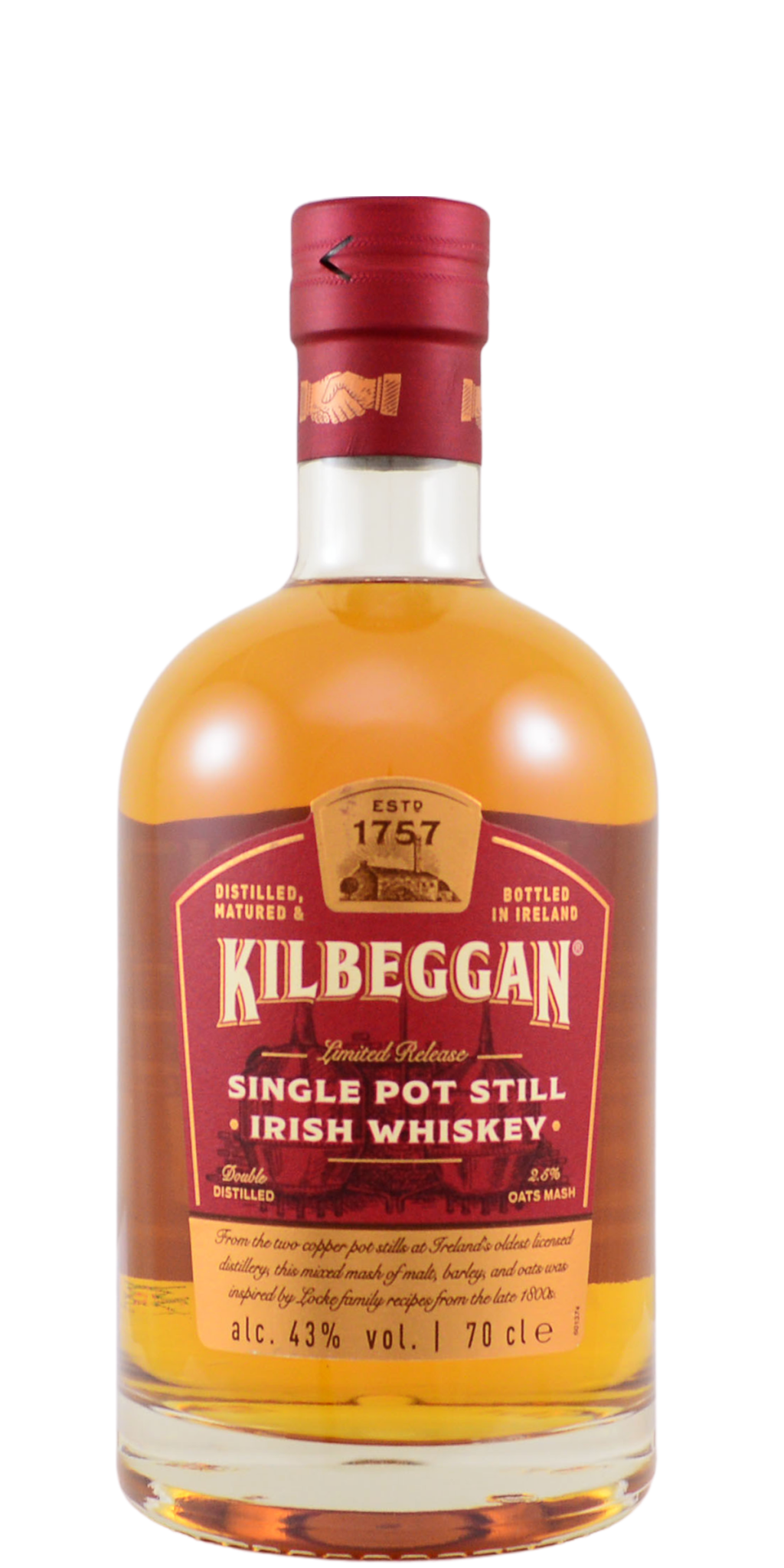 The last distillery of the ‘classic’ Irish distilleries is the Cooley distillery. An old potato-alcohol plant, converted into a Whiskey distillery by John Teeling back in 1987. Cooley is known for producing Kilbeggan (partly), Connemara, Tyrconnell, and 2 Gingers whiskey. Generally, all Cooley brands are double-distilled.

The Kilbeggan brand is still arguably the oldest licensed distillery in Ireland. The Kilbeggan distillery was founded and licensed in 1757, making it an older actual distillery than the Old Bushmills. Kilbeggan, however, was mothballed in 1957 and reopened in 2007.

For now, the ‘new’/’old’ Kilbeggan distillery produces Triple-distilled Malt Whiskey, which will still get some aging before being commercially available worldwide.

Bottled at 43%, using a mash of both malted and unmalted barley. 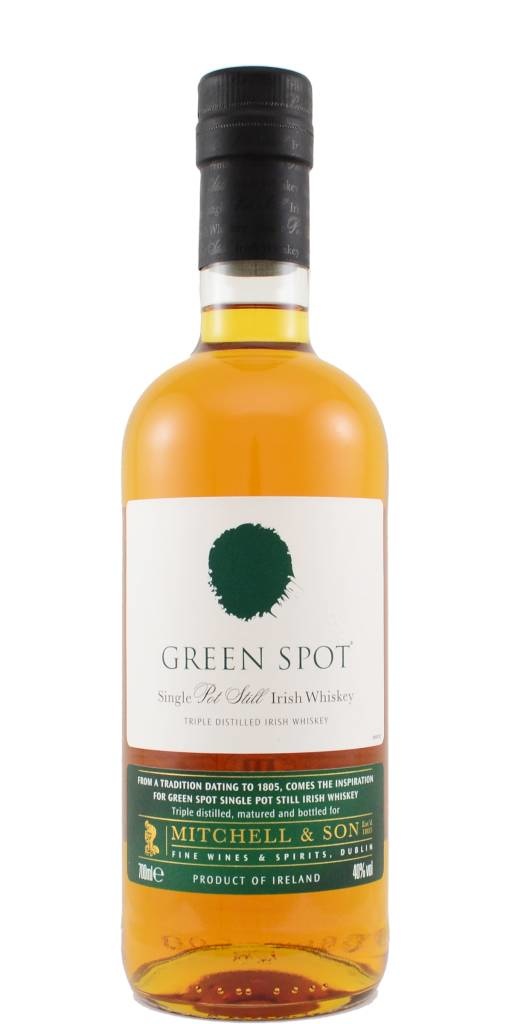 Aged for 7-10 years in a combination of new Bourbon, refill Bourbon, and Sherry casks.

Bottled at 46%, aged in Bourbon and Sherry casks, and finished in casks that previously held wine from Château Montelena.