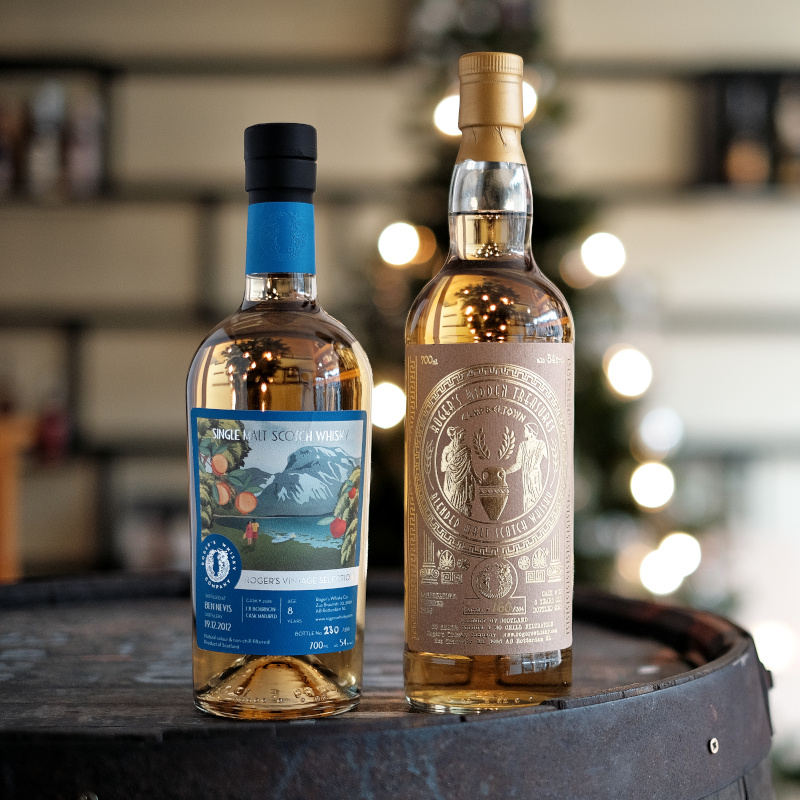 The newest whiskies of Roger Tan, owner of Rogers Whisky Company are available in our shop. A Teaspooned Blended Malt 2015 from Campbeltown, and a Ben Nevis 2012.

After his first releases, Roger gained a lot of attention and respect in the Dutch whisky community. The journey of RWCo only dates back to the beginning of 2021. Bottling 5 whiskies in a year, for a new bottler, is pretty impressive! 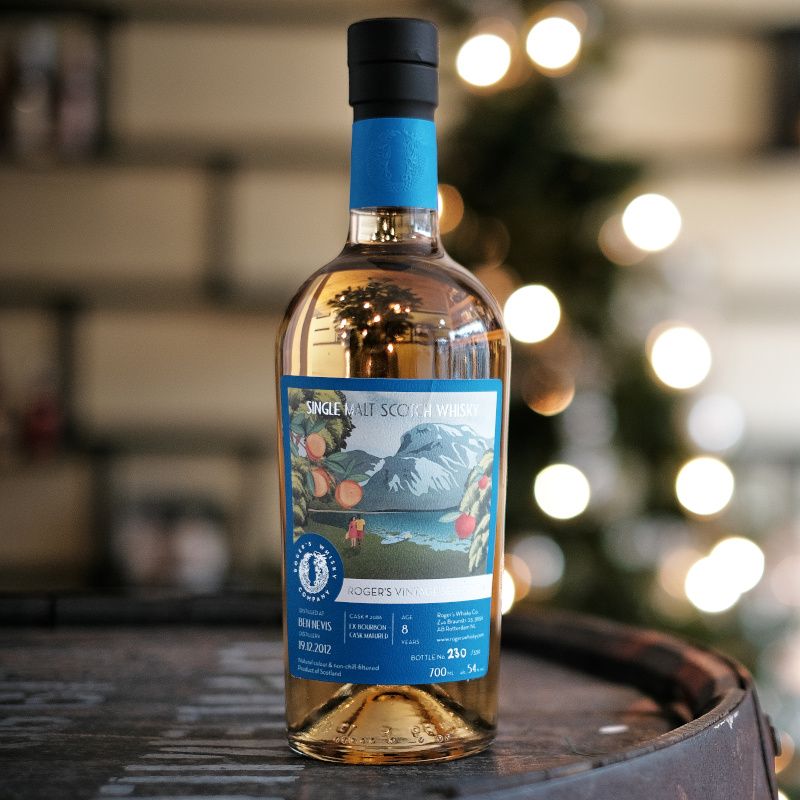 After releasing a heavily peated Ben Nevis 2015 earlier this year, Roger chose to release a fruity, layered, floral Ben Nevis with a summery vibe this time.

Nose: Sweet butterscotch and honey grates. Fragrant and full, perfume-like. After even a short time in the glass, this then changes into fresh orange juice and orange zest, tropical fruits, lychee, supported again by the butterscotch. 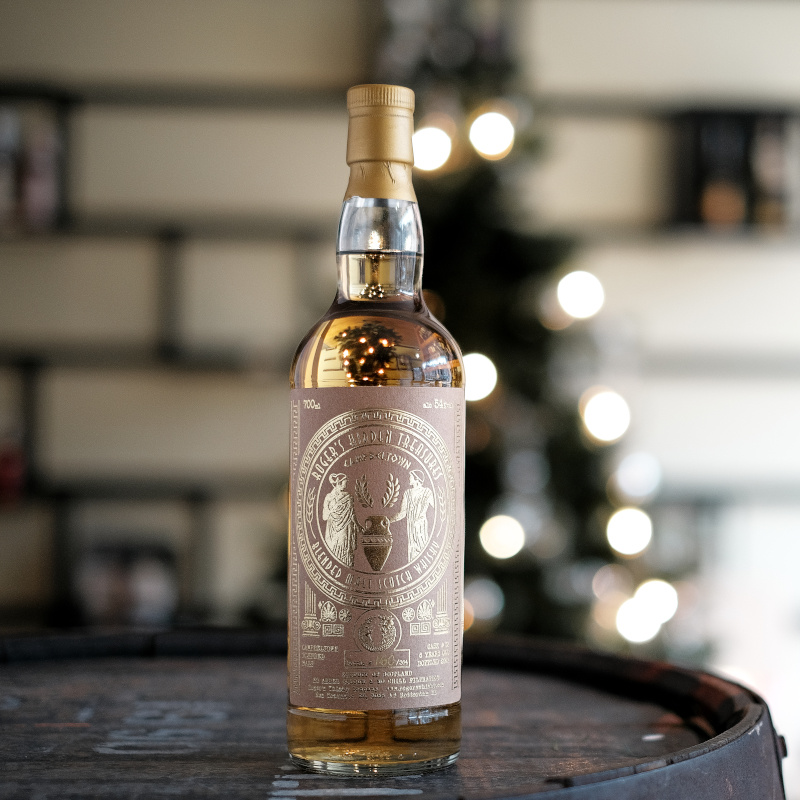