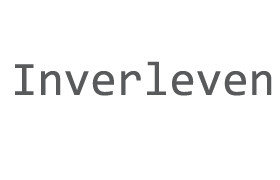 Inverleven is the brand name for the single malt whisky produced in the buildings of the Dumbarton grain distillery from 1938 to 1991. In addition to the continuous stills for grain whisky that stood at Dumbarton, there was also a pot-still building in which the Inverleven malt was produced. The Dumbarton Distillery has now been demolished, by the way.
There are no real Inverleven distillery bottlings, but there are around 100 independent bottlings.