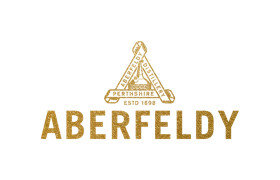 The Aberfeldy distillery in the southern Highlands was founded in 1896 by the brothers John and Tommy Dewar. The malt whisky that Aberfeldy produced was then only intended for the blending industry (Dewar's). Production stopped during WWI.
Only in 1999 did the first distillery bottling appear. Around that time, the Dewar’s World of Whisky tourist attraction was also opened at the distillery. 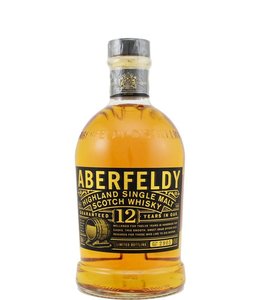 For those who want to try single malt whisky, this 12-year-old Aberfeldy is a good choice.
A Highland whisky with solid taste and a surprising aftertaste. Offered at a very reasonable price. 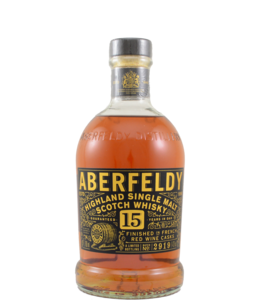 The Aberfeldy Distillery releases here a 15-year-old bourbon matured single malt whisky that has been finished for 5 months in Pomerol wine casks. That finish gives this single malt its own character without the wine notes dominating. Bottled at 43%. 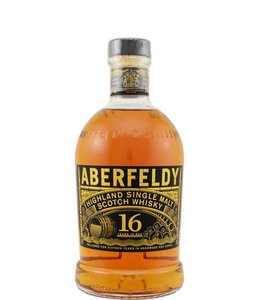 Aberfeldy 16 year old bottled at 40%. Easy to drink with a typical profile. Butterscotch, raisins, honey, oranges and some spices. 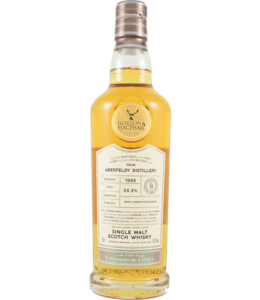 The vast majority of the single malt whisky from Highland Aberfeldy distillery ends up in Dewar’s blended whisky. Gordon & MacPhail at least managed to save this bottling from that fate. The 24-year-old Aberfeldy matured on bourbon. (53.3%) 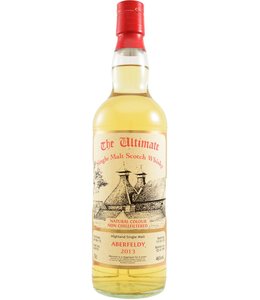 €41,50
By using our website, you agree to the use of cookies. These cookies help us understand how customers arrive at and use our site and help us make improvements. Hide this message More on cookies »