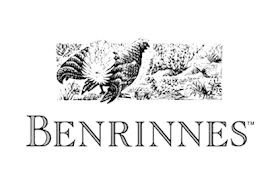 A lot can be said about the Benrinnes distillery: that a distillery was built near Aberlour, Speyside in 1826 that was destroyed by a flood in 1829, and that this distillery was rebuilt in 1835, but now at the foot of Ben Rinnes and that the name only became 'Benrinnes' in 1838. And that Benrinnes from 1974 worked for a time according to a 'partial triple distillation' process. Furthermore, Benrinnes has hardly released any own bottlings. Almost all bottles with Benrinnes single malt whisky come from independent bottlers. 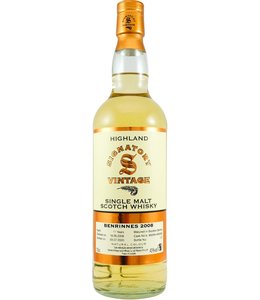 For a glass of Benrinnes single malt whisky you have to rely on independent bottlers. And for a reasonably priced bottle of Benrinnes, this bottling from Signatory Vintage is certainly an option. It matured for 11 years in bourbon casks. Bottled at 43%. 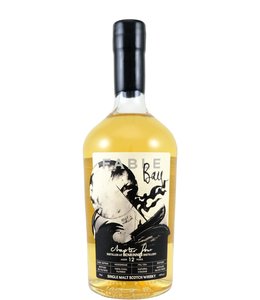 A Benrinnes single malt whisky that aged 12 years in a bourbon cask is the filling of chapter four, Bay, of the story The Ghost Piper of Clanyard Bay. This is an edition of the new bottler FABLE from Stirling, Scotland. They bottled the malt at 60%.

€97,50
By using our website, you agree to the use of cookies. These cookies help us understand how customers arrive at and use our site and help us make improvements. Hide this message More on cookies »