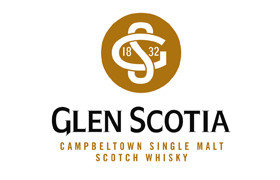 Founded in 1832 in Campbeltown, Scotland, the Glen Scotia distillery is one of three remaining of the once 34 distilleries in what was then called the Whisky Capital of the World. Of course, Glen Scotia, just like almost all old Scottish distilleries, has been closed a number of times. The last time from 1994 to 2000.
Since the last reopening, more than 100 own Glen Scotia bottlings have been released. 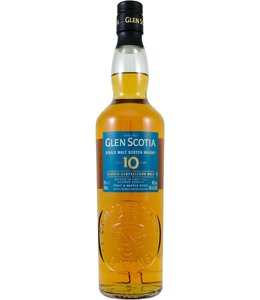 This is one of the core bottlings of Campbeltown distillery Glen Scotia. The Classic Campbeltown Malt is 10 years old and matured on first fill ex-bourbon casks (barrels). Bottled at 40% and for a great price! A great entry-level single malt whisky! 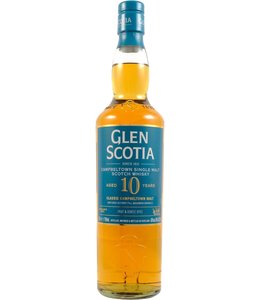 Now with a new label, This core bottling of Campbeltown distillery Glen Scotia. The Classic Campbeltown Malt is 10 years old and matured on first fill ex-bourbon casks. Bottled at 40% and for a great price! A great entry-level single malt whisky! 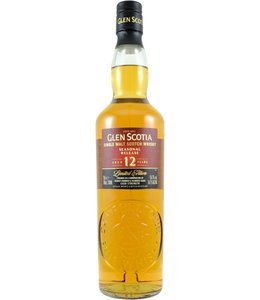 The Seasonal Release is a new limited edition series from Campbeltown distillery Glen Scotia. This edition is a bottling of a 12 year old single malt whisky matured in bourbon casks and finished in heavily charred and oloroso casks. Bottled at 54.7%. 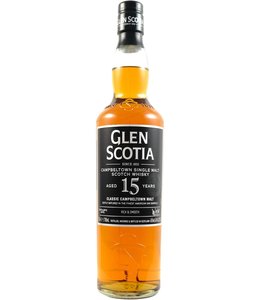 This 15-year-old single malt is a good example of Campbeltown whisky in general and of Glen Scotia in particular. This standard bottling has a lot of character with its typical mineral notes and a hint of smoke and salt. Worth considering! 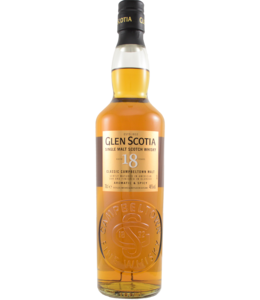 Glen Scotia is one of the 3 distilleries of the smallest whisky region, Campbeltown. With this 18-year-old bottling matured in sherry casks, Glen Scotia presents quite a complex, interesting and full-bodied malt. To drink with attention. At 46%. 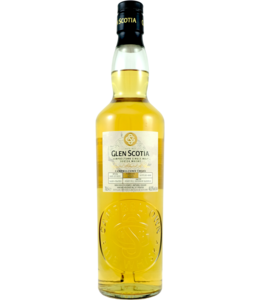 About 10 years old, matured on 1st fill bourbon casks, that must be a nice single malt whisky, this Glen Scotia. But what really makes this release special is that it's a peated Glen Scotia! In a limited edition of 3000 bottles, at 46%. 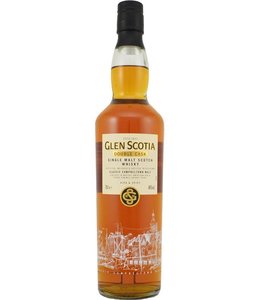 With this 'ageless' bottling, Campbeltown distillery Glen Scotia sets an example of a good balance between bourbon and sherry influences of the casks on which this malt whisky matured. A nice and affordable introduction to Glen Scotia!

€44,50
By using our website, you agree to the use of cookies. These cookies help us understand how customers arrive at and use our site and help us make improvements. Hide this message More on cookies »