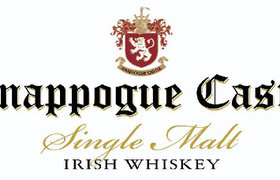 The brand name for an Irish single malt whisky produced by Bushmills distillery. The selection of the barrels for the Knappogue (pronounced: nah-pogue) Castle bottling is done by Mark Edwin Andrews, who bought the ruins of the Knappogue Castle in Ireland with his wife in 1966 and then restored it. At the time, Andrews also bought barrels of pot-still whiskey which he bottled after further maturation under the Knappogue Castle label. 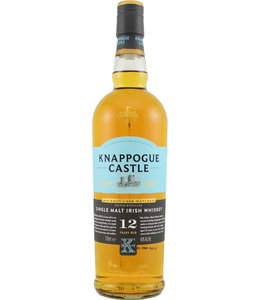 Lots of fruit such as pear and peach and sweet notes, that is the first thing to notice in this Knappogue Castle, aged in bourbon casks for 12 years. With 40% a nice introduction to single malt whisky in general, and with Irish single malt in particular! 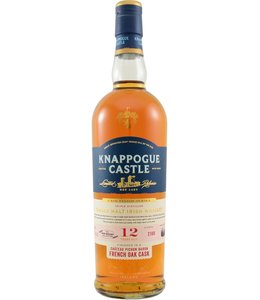 This 12-year-old Irish triple distilled single malt whiskey matured in a bourbon cask before it was finished in French oak casks. Casks that previously contained Château Pichon Baron wine, to be precise. An edition of 2100 bottles, filled at 46%. 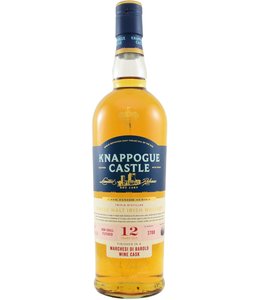 The Knappogue Castle brand stands for Irish whiskeys specially selected, matured and bottled by castle owner Mark Edwin Andrews. This 12 year old single malt whisky is finished in barolo wine casks and bottled at 46% in an edition of 2700 bottles. 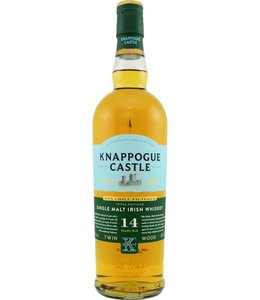 The 14-year-old Knappogue Castle single malt whiskey matured in bourbon and oloroso sherry casks. In the nose you will find apple and apricot, the taste is full and fruity with notes of nuts and vanilla, and also fruity in the finish. A beautiful Irish wh

€66,50
By using our website, you agree to the use of cookies. These cookies help us understand how customers arrive at and use our site and help us make improvements. Hide this message More on cookies »