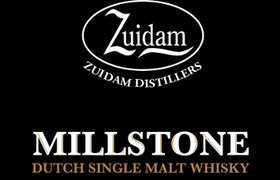 The brand for whiskies produced by Zuidam Distillers in the Netherlands. The name Millstone refers to the millstones with which the windmills grind the grain with which the whiskey is made. After various experiments, the first Millstone Dutch Single Malt Whisky was released in 2007. The Zuidam family business was founded in 1975 and, in addition to whisky, produces liqueurs, jenever and gin. 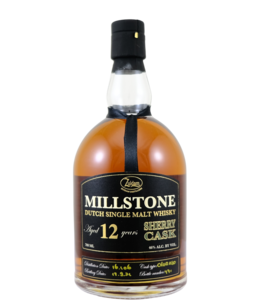 Millstone is the whisky brand of the Dutch Zuidam Distillery. This bottling has matured for 12 years in sherry casks, which are responsible for the sweet notes of currants, raisins and dried fruit. At 46%, this is a nice everyday dram. 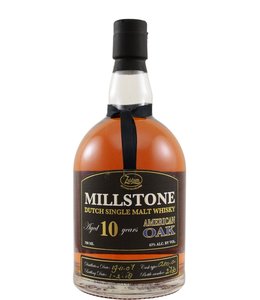 Zuidam Distillers is a Dutch Company that produces not only jenever, liqueurs and gin, but also whisky. And this is one of their single malt-whiskies. This one is 10 years old and matured on casks of American oak. It's a 2018 limited edition. At 43%. 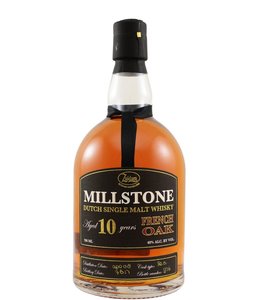 Quite a while ago, in 2017, released by the Dutch Zuidam Distillers, and now in our shop again: a Millstone single malt whisky of about 10 years old. This malt matured in French oak casks and was bottled at 40% ABV. 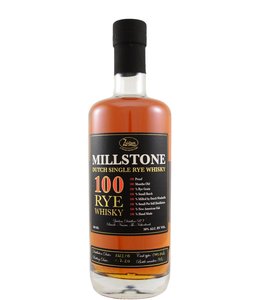 A new edition of the 'Dutch single rye whisky' 100 Rye. You could now call this rye-based whisky a standard bottling from the Zuidam Distillery in the Netherlands. The whisky matured for almost 10 years in new American oak casks. At 50% (= 100º proof). 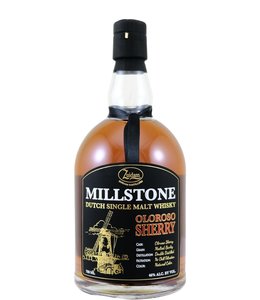 Since 2007, the Dutch distillery Zuidam has been making a number of whisky-types under the name Millstone. The label of this bottling tells us that this whisky is made from barley malt. So, a single malt whisky. Aged in Oloroso sherry casks. (46%)

€38,00
By using our website, you agree to the use of cookies. These cookies help us understand how customers arrive at and use our site and help us make improvements. Hide this message More on cookies »