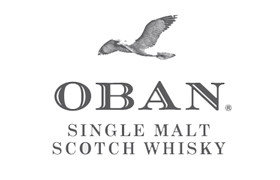 Oban is the name of one of Scotland's oldest still-working distilleries, and also the name of the city in the center of which the distillery is located. The distillery and the city were even developed by the same people at the end of the 18th century. Except from 1931 to 1937 and from 1969 to 1972, Oban has always remained active. The single malt whisky distillery has many bottlings of its own, including the well-known 14-year-old standard bottling. The small number of independent bottlings is striking. There have hardly been any independent Oban releases this century.

Oban is one of Scotland's oldest, still active distilleries. This 14-year-old standard malt shows the basic character of Oban well: juicy orange, malt, salty and a hint of smoke, oily in the mouth. And that for a reasonable price. 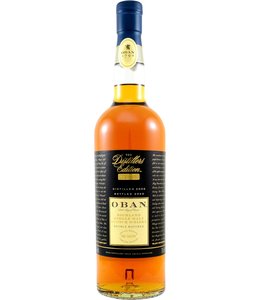 Oban is one of Scotland's oldest distilleries, operating almost continuously since the late 18th century. Their 14 year old standard bottling is well known. The bottling here is a Special Release, also 14 years old, but finished on a Montilla Fino cask. 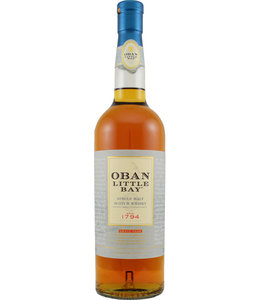 A not very complex, flexible young single malt whisky, this Oban Little Bay. He is reminiscent of Oban's 14-year standard bottling, but is sweeter and more malty. A great dram for everyday life, or for an evening with friends. Nothing wrong with it.

€47,50
By using our website, you agree to the use of cookies. These cookies help us understand how customers arrive at and use our site and help us make improvements. Hide this message More on cookies »