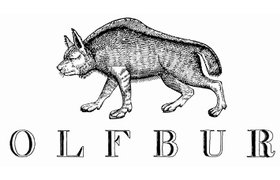 Where the first Wolfburn distillery once stood, until sometime in the 19th century in Thurso, Northern Scotland, a brand new Wolfburn distillery opened its doors in 2013. As in the past, the distillation process now is done entirely by hand. Wolfburn is deliberately not automated.
The first single malt bottling was released in 2016. Dozens have since followed. 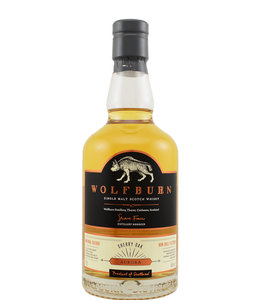 The Aurora is one of the core bottlings of the young Highland distillery Wolfburn. Matured for 4/5 in bourbon, for 1/5 in sherry, this 3-year-old malt is a 'best of both worlds' dram. Not very complex, but a nice introduction to this new brand. 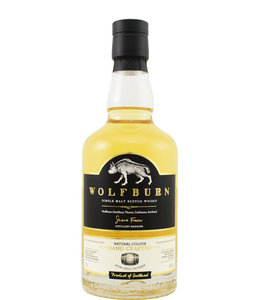 As young as a single malt whisky can be, this Wolfburn Handcrafted. Yet he already shows character and even something of depth. Wolfburn did not try to force depth by some kind of finishing, but just shows us the potential of their malt. 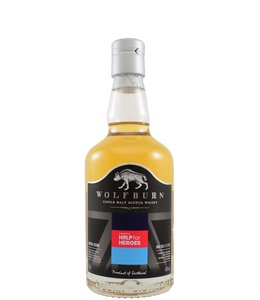 The young and northernmost single malt whisky distillery on the Scottish mainland, Wolfburn, earmarks part of the revenue of this bottling for care to British veterans. The whisky matured on bourbon and sherry casks and is bottled at 46%. 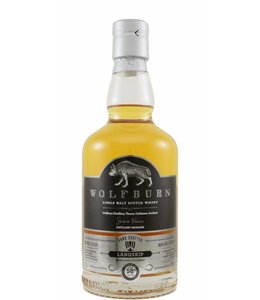 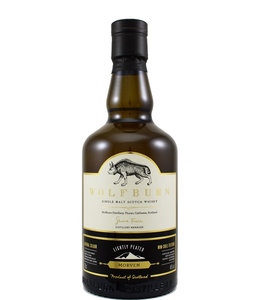 The Morven is the peated standard bottling of the young Wolfburn distillery. Smoke is clearly but not intrusive present, in the palette. There are also notes of caramel, malt, hay and nuts and, ultimately, some fruit. Worth trying! 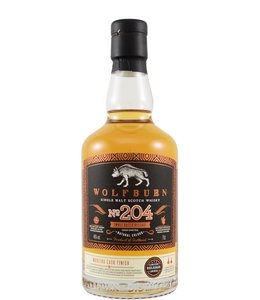 The young, artisanal distillery Wolfburn in Northern Scotland also has a series Small Batch Release. In this series they now release this single malt whisky, the No. 204. It is 5 years old and it aged in bourbon casks and was finished on Madeira casks. 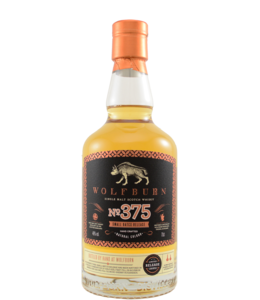 Released in the series Small Batch Release from distillery Wolfburn, this single malt whisky, matured in powerful bourbon barrels and sherry casks. With notes of fresh fruit, new oak and vanilla. A nice bottle to get acquainted with Wolfburn. 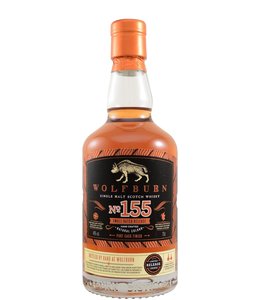 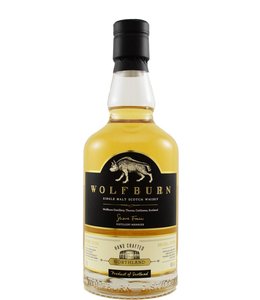 Already a standard name in the repertoire of the Wolfburn Distillery: Northland. This single malt is aged in casks that were first used by an Islay distillery (Laphroaig according to rumors). That gives a touch of smoke to this young whisky. 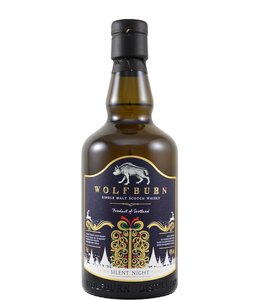 A real Christmas special from the Wolfburn Distillery in Northern Scotland. In addition to the lyrics of a Christmas song on the label, you will find under the label a single malt whisky that has matured in different types of bourbon casks. Filled at 46%.

€62,00
By using our website, you agree to the use of cookies. These cookies help us understand how customers arrive at and use our site and help us make improvements. Hide this message More on cookies »