In the second half of the 19th century, a certain Henry Albert Higginbottom supplied the British army with whisky. When his great-great-grandson Leo Scott-Francis started his own independent whisky bottling company in 2017, he named this company with the initials of this ancestor: HAH. The first bottlings were released in the series The Higginbottom. At HAH Whisky in London you can also as a private individual purchase a whisky cask and have the content bottled under your own label. 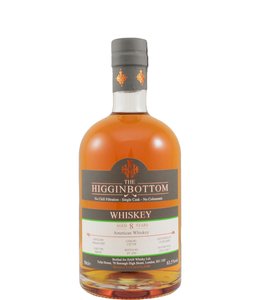 €65,00
In 2017, the year of its foundation, HAH Whisky bottled this bourbon whiskey. It comes from the Heav
By using our website, you agree to the use of cookies. These cookies help us understand how customers arrive at and use our site and help us make improvements. Hide this message More on cookies »