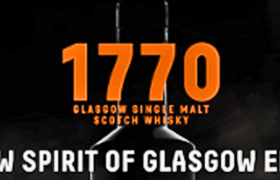 The Glasgow Distillery Company was established in 2014. The name was taken from one of the first single malt distilleries in Glasgow, which started in 1770 and was active until the early 20th century. The new distillery with that name wants to put Glasgow back on the map in the tradition of the major whisky regions. The distillery has already released a few single malt whiskies under the 1770 brand.
In addition to whisky, the distillery also produces rum and gin. 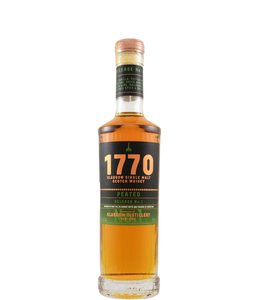 €54,50
This is the first release by The 1770 Glasgow Distillery of a triple distilled single malt whisky. F
By using our website, you agree to the use of cookies. These cookies help us understand how customers arrive at and use our site and help us make improvements. Hide this message More on cookies »