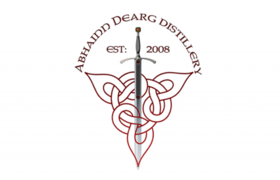 The Abhainn Dearg distillery (pronounced: Aveen Jarræk, means: Red River), is a traditional distillery in Uig on the Isle of Lewis in the Scottish Outer Hebrides. Founded in 2008 by Mark Tayburn, the distillery was the first legal whisky distillery in the Outer Hebrides in nearly two hundred years. The entire production, from the cultivation of the barley to the bottling of the whisky, takes place within the archipelago. The first spirit left Lewis in 2010. Later a new spirit bottling came out as The Spirit of Lewis. The first Abhainn Dearg Single Malt was released in 2011.