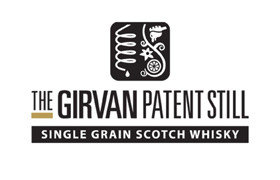 The Girvan grain distillery was built in the Lowlands in 1963 by William Grant & Sons Ltd. Between 1968 and 1975 the Ladyburn single malt whisky distillery was located in the same buildings. When this was liquidated, and the pot stills were removed, the grain distillery Girvan was able to expand. Girvan has a standard distillery bottling under the Black Barrel label. And independent bottlings are regularly released. But of course the vast majority of production disappears in the blends.