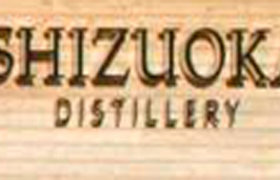 It is not entirely clear when the Shizuoka distillery opened, but according to our records, the first spirit flowed from the stills in October 2016. These are not new stills, by the way, but the stills taken over by Shizuoka founder Gaia Flow from the legendary Karuizawa distillery, which closed in 2011. Already with the first bottlings of their single malt whisky Shizuoka has built up a very good reputation. The distillery is located in the same mountain area as Mount Fuji.