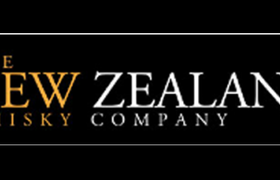 In 1997 Willowbank, the last whisky distillery in New Zealand, closed its doors. The founders of what would later become the New Zealand Whisky Company bought the remaining 443 casks of the now very rare whisky to bottle when the time was right. A whole series of those bottlings has since been released, mainly blended whiskies, because Willowbank distilled both single malt and grain whisky.
But the Company wanted more: in 2021 they opened their own distillery in Dunedin.