The Islay Boys are Donald MacKenzie from Port Charlotte and Mackay Smith from Portnahaven on whisky island Islay. As enthusiastic whisky lovers (how could it be otherwise with such places of residence) they decided to take up the bottling and blending of whisky themselves. Their first bottlings were released in 2018. The single malt whisky from unnamed distilleries is released under the Bårelegs label, their blends are released under the Flatnöse label. The Islay Boys explain on the bottles where those label names come from . 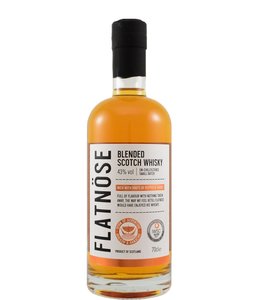 €32,50
A pleasantly drinkable and reasonably priced dram, this blended Scotch whisky from The Islay Boys. A
By using our website, you agree to the use of cookies. These cookies help us understand how customers arrive at and use our site and help us make improvements. Hide this message More on cookies »