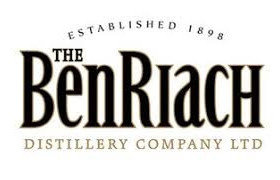 Shortly after its founding in Lossie, Speyside in 1898, The BenRiach Distillery closes for more than 60 years, to reopen in 1965 under a new owner. In the following years there are various owner changes. Chivas bought the distillery in 2001 to close it in 2002. Only in 2004 when it is reopened by another new owner, the BenRiach history really begins. BenRiach then develops into a 'hip' distillery that is not afraid of an experiment, with lines such as Curiositas, Authenticus and Arumaticus Fumosus. 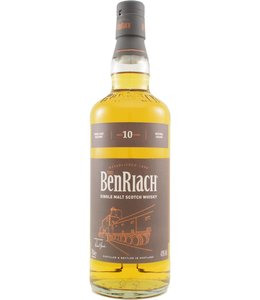 For those who want to get acquainted with Speyside single malt whisky, this 10-year-old BenRiach is a serious option. It gets good ratings and is reasonably priced. 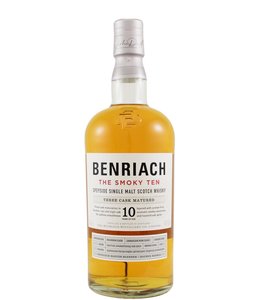 A new smoky single malt whisky from the BenRiach Distillery. This The Smoky Ten matured for 10 years (naturally) in three types of casks: bourbon, rum and new oak. In addition to smoke, this malt also contains notes of summer-ripe fruit, pear and honey. 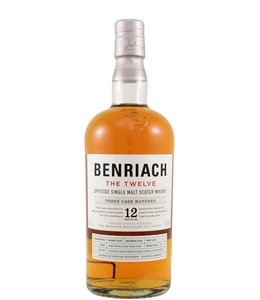 Speyside distillery BenRiach is releasing several 12 year old single malt whiskies in its new series The Twelve. We had a smoky variant in the shop before, now this BenRiach matured in 3 different types of cask: sherry, bourbon and port. Bottled at 46%. 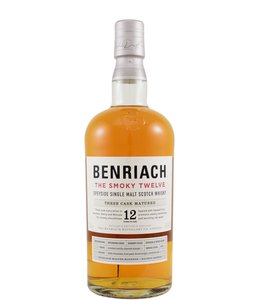 The bottlings of the BenRiach Distillery have newly designed labels with clear information about the single malt whisky. For example, the label of this The Smoky Twelve not only learns that it is quite smoky, but also that it aged in 3 types of cask. (46% 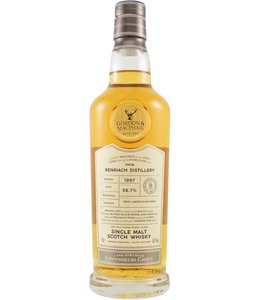 Already on the market for a while, but now on our shelf: a 20-year-old BenRiach, vintage 1997, matured on a bourbon barrel. Bottled by Gordon & MacPhail in the Connoisseurs Choice - Cask Strength series. This single malt whisky is bottled at 56.7%. 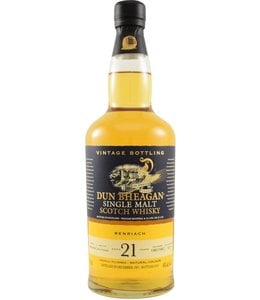 Still vatted before the 2002 closure of the Speyside distillery BenRiach (which reopened in 2004). In 2019, Ian Macleod bottled this single malt whisky at an age of 21 after it was finished in rum casks. So, quite a special bottle, you could say! (46%) 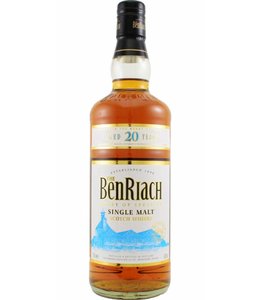 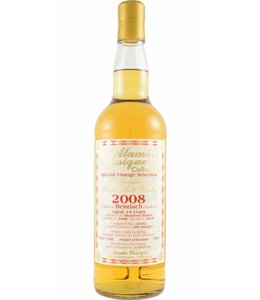 This BenRiach matured for 10 years in a bourbon barrel before the German Alambic Classique, bottled it at a cask strength of 62.4%. Intense wood tones, green apple, popcorn, citrus fight for attention. No whisky for wimps! 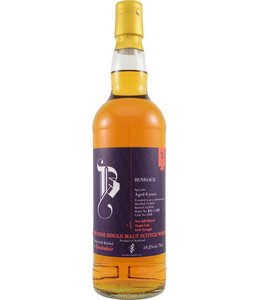 'Belgian roots… but Gaelic at heart', is how bottler Brachadair sees itself. And this is a bottling of a single malt whisky from the definitely Gaelic and innovative BenRiach Distillery. The malt is 6 years old and is finished on a small sherry cask. 58.2 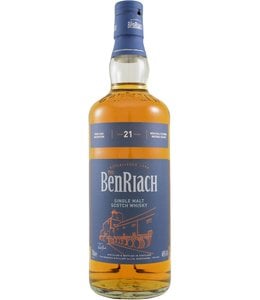 The fact that the BenRiach Distillery is not afraid to experiment is perfectly shown in this bottling. The Speyside malt aged not only in bourbon and sherry casks, but also in new oak and red wine casks. The contents of the youngest casks was 21 years old 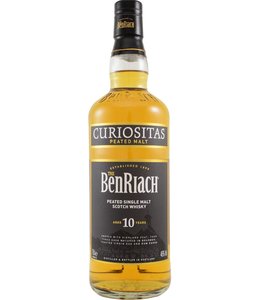 With the Curiositas range, Speyside distiller BenRiach releases a peated single malt. The smokiness has a mild 'Islay' character. Notes of wood, spicy, creamy, fruity, these are just some keywords. A fine whisky for a reasonable price! 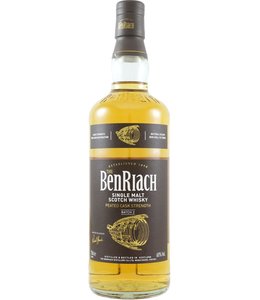 After reopening in 2004 with a new owner, the BenRiach history really starts. The distillery gets known as a producer of single malt whisky that is not afraid of experiment. This is one of those: a peated BenRiach, bottled at a cask strength of 60%.

€65,00
By using our website, you agree to the use of cookies. These cookies help us understand how customers arrive at and use our site and help us make improvements. Hide this message More on cookies »