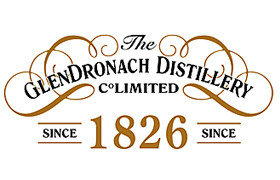 The Glendronach Distillery was erected in 1826 in Deveron, Speyside. Ten years later, the distillery burned to the ground, but not much later there was a new Glendronach distillery. There is much more to tell about the history, but here we mention that Glendronach, very exceptionally, fired its boilers with coal until the beginning of this century. Furthermore, the distillery dried the barley malt until the end of the last century itself, partly with peat fire. This made Glendronach one of the few Speysiders to produce a (slightly) peated single malt whisky. Today, Glendronach is best known for its sherried whiskies. 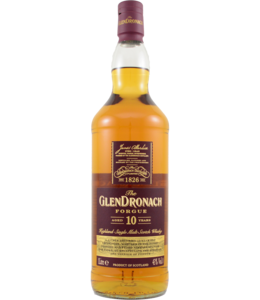 €62,50
Glendronach is known for its sherryed single malt whisky. And this 10-year-old Forgue also aged in s 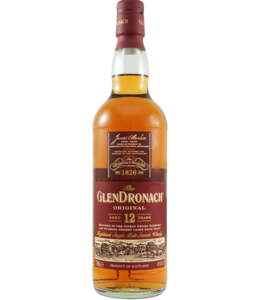 €42,50
A fine example of what Glendronach is famous for: sherried whiskies. Let this 12-year-old 'breathe' 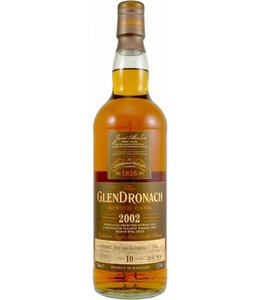 €175,00
Glendronach is best known for its sherried single malt whisky. However, there are also not to be mis 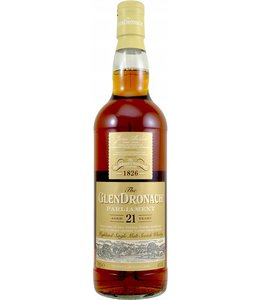 €190,00
The 21-year-old The Glendronach Parlaiment is a real sherry bomb! The proven combination of Glendron 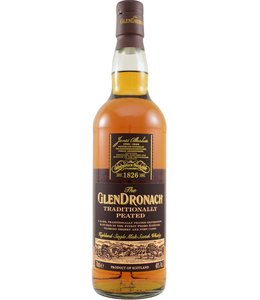 €49,50
By using our website, you agree to the use of cookies. These cookies help us understand how customers arrive at and use our site and help us make improvements. Hide this message More on cookies »