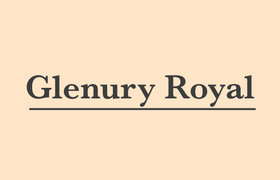 The Glenury Royal Distillery was established in the Highlands south of Aberdeen in 1825. The predicate Royal is probably the result of lobbying by first owner and Member of Parliament Robert Barclay. The distillery was badly hit by a fire in its first year. In 1928 it closed for a number of years, as well as in the Second World War. The distillery was expanded and renovated in 1965, but closed permanently in 1985. The buildings now house apartments. Glenury Royal has released virtually no bottlings itself, and there have also been relatively few independent bottlings. But the bottlings that were available almost always scored very high.