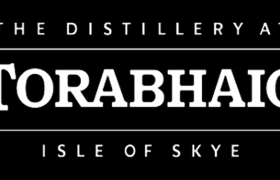 Since 2017, a second whisky distillery has been in operation on the Scottish island of Skye, next to well-known Talisker: Torabhaig. The distillery is named after the town of Torabhaig, where it was housed in an old farmhouse from the 19th century converted into a traditional distillery. Torabhaig makes traditional single malt whisky, which means peated whisky. Their first single-cask bottling was released at the end of 2020, and the first larger batch in early 2021.